We know at least 4 things to be true. Maybe more

When you stop and think about all of the issues in investing today, you might raise the question, "Do we know anything?" For the philosophers on this list, that question itself is exciting in the abstract. For the rest of us, in concrete terms, the answer is an emphatic "yes."

To be a great investor, decisions have to be based on concepts that are reliably true. This sounds obvious, but there are a lot of windmills out there. Running around like Don Quixote is fun if you are the lead in the school play, but not when your retirement is on the line.

Here are four things we know, and they underpin the reasoning behind the One Day In July approach.

1. Market systems work.
They have their problems, and there is valid debate about the extent of a laissez faire vs regulated free market (or the extent of the "free" in "free market"), but the long curve of history shows that free markets are an ingenious system by which to organize a society. Fundamentally democratic, they allow people with talent but not resources to achieve breakthroughs, to disperse ideas, to make their own choices, and to lead better lives. Allocation of resources isn't perfect, but it's better than any other system ever invented. The index funds that underpin our models invest in free markets.

2. Mean reversion.
"Reversion to the mean" works wonders over time. This is the concept that over time, a market index will move upward along its linear regression trendline on a logarithmic scale. As an example, the redline here: 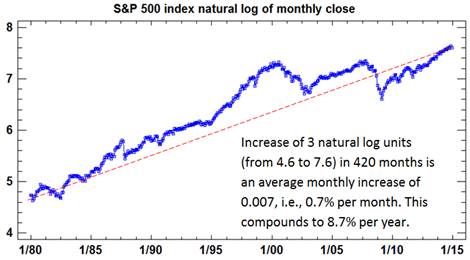 Why is this important? There may be long periods of euphoria in one index (United States 1990's) or stagnation in another (Japan's last 20 years), but over longer periods of time, dividends included, they will revert back to their trendlines, and their trendlines often resembe each other over the long term. For example, since 1970, the United States and Europe have almost exactly matched each other in returns, dividends included: 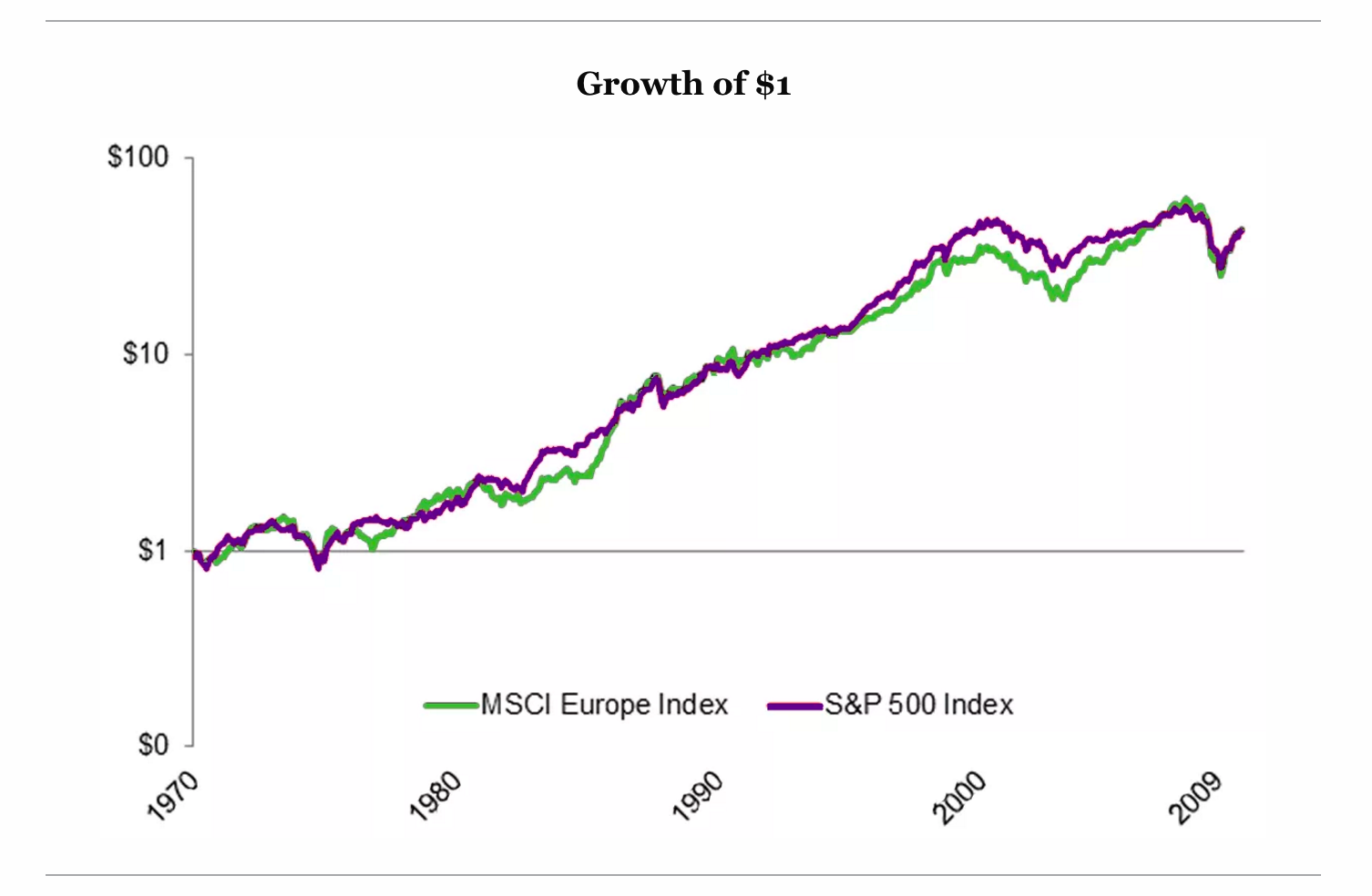 Mean reversion is important because we know that buying into stagnated or depressed indexes delivers large gains when those indexes begin the process of returning to their normal trendline. Note that most investors don't do this: they buy high, chasing the fad. Here are the fund flows of new money going into American vs European funds. Note that as American indexes disproportionately rose over the past few years, they attracted *more* new money. 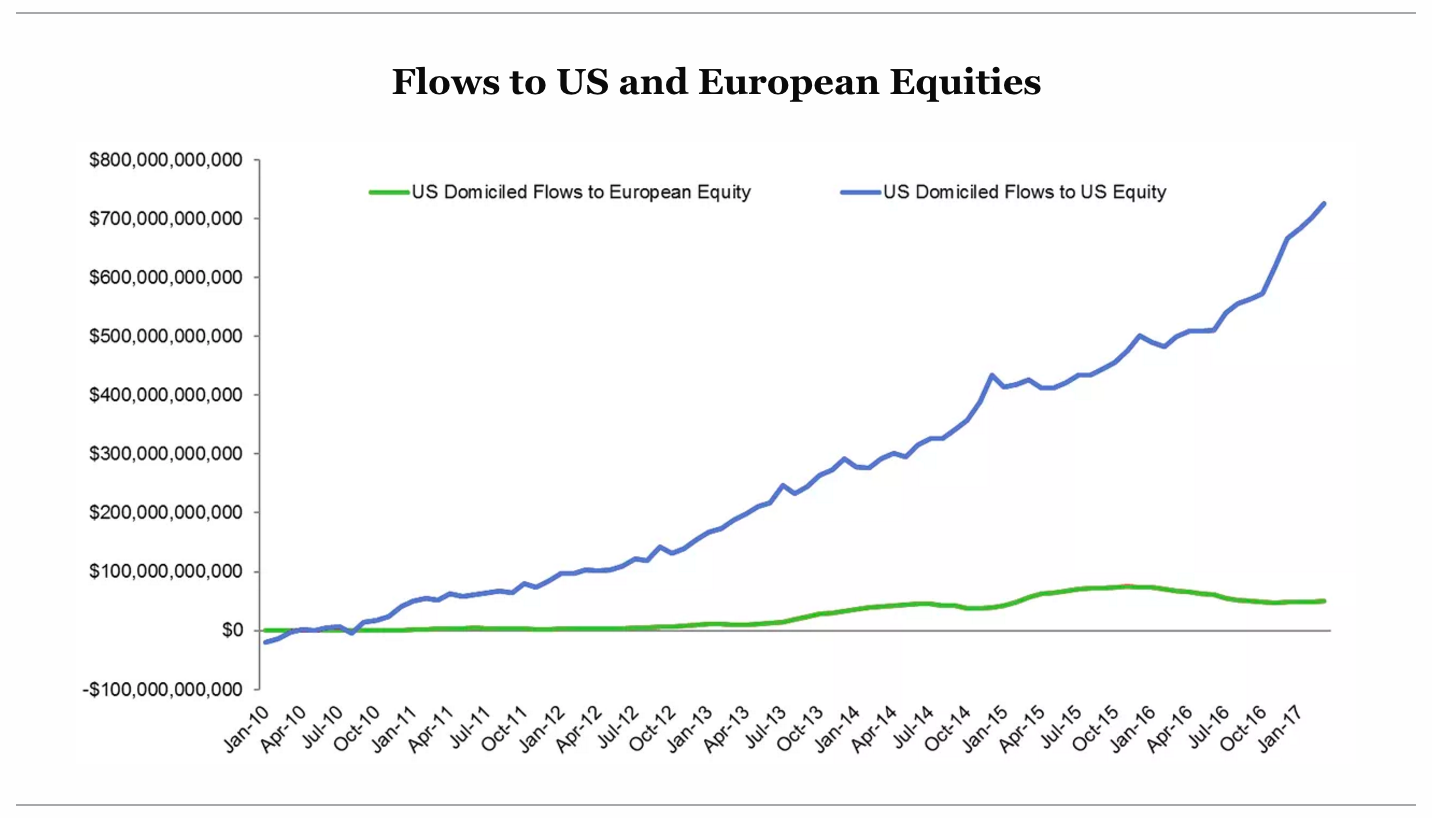 Because stocks are riskier than bonds, this is the premium an investor gets for owning them. If there is not extra reward, there would be no reason to take the risk, and a fundamental tenet of capitalism would be broken.

4. Fear, Greed, and Envy are not going away.
Long before Shakespeare, and long before the 10th Commandment, human beings displayed fear, greed, and envy. Those emotions are not going anywhere, that we are sure of. That's important for the One Day In July investment approach, because the market swings those emotions create give us a huge advantage. The more various indexes move around in relation to each other, the better our relative performance becomes.