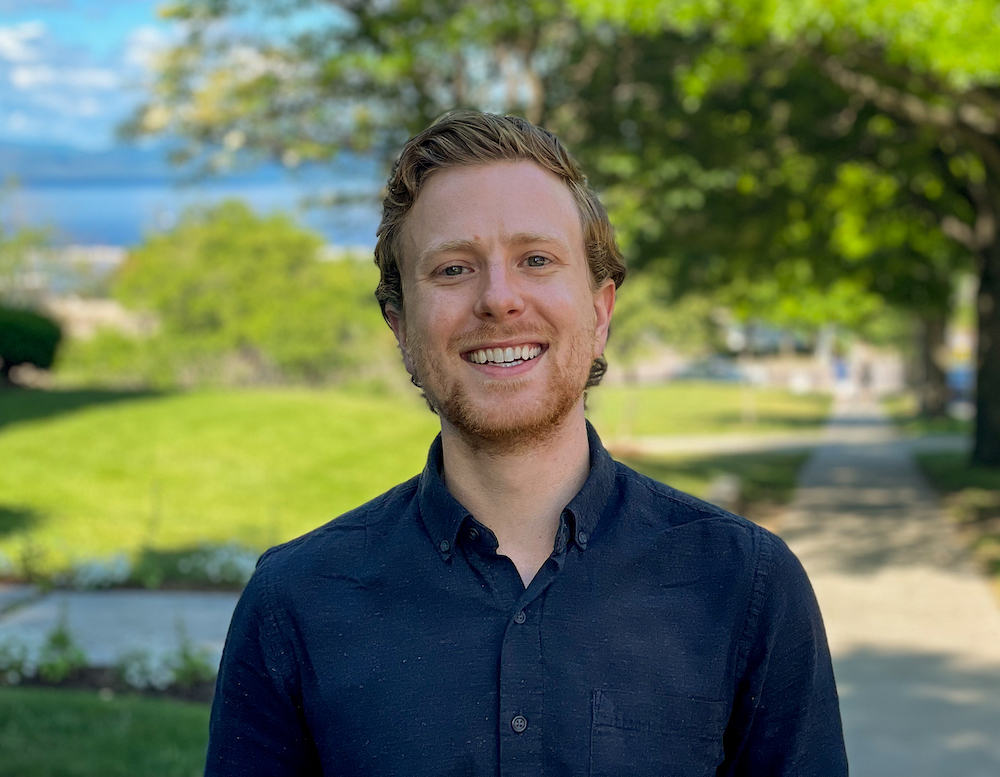 I seek to eliminate many of the problems common in the financial industry: conflicts of interest, excessive fees for advice, and significant investment fees. I experienced these issues as an investor and joined the firm as a fiduciary financial advisor to teach other investors how to avoid these financial mistakes and build their wealth.


How to Invest and Inheritance?

If you are expecting or recently received an inheritance as the beneficiary of an account, the first step is to understand the account type(s).

To understand the implications of inheriting a brokerage or trust account, you must be aware of the concept of cost basis. Cost basis refers to the original price paid for an asset or investment, and it is used to calculate the amount of tax (capital gain or loss) when selling an asset.

When an individual passes away, the cost basis on their non-retirement assets is “stepped-up” to the current fair market value, including real estate, collectibles, etc. This step-up also pertains to the decedent’s taxable investments, including securities (ETFs, mutual funds, stocks, and bonds) held within a brokerage account and some trust brokerage accounts (e.g., revocable or living trusts).1

For example, an individual purchases $100K of stock, and years later, the stock is now worth $1M on the date of their death. The original cost basis of $100K would be increased (or stepped-up) to $1M, eliminating $900K in otherwise taxable gains.

Thus, beneficiaries receiving inherited assets in taxable accounts obtain a new cost basis valued on the decedent's date of death ($1M in the above example), rather than the price the decedent originally paid for the asset ($100K in the above example). Note that jointly held assets receive a 50% step-up in cost basis when only one account holder passes (e.g., Joint Brokerage account).

It is not uncommon that the decedent held their assets for an extended period of time. Thus, the new stepped-up cost basis may be significantly higher than the older cost basis, as illustrated in the above example ($1M vs. $100K). Beneficiaries can benefit when they sell these inherited positions, as an increased cost basis would help minimize the capital gains taxes required to be paid. This is a tax benefit to the beneficiary. In the example above, the step-up in cost basis negates $900K of taxable gains.

A beneficiary would claim these taxable assets by opening a new taxable account in their name into which the inherited positions will be transferred with the new stepped-up cost basis, either per the designation of a will or as the designated account beneficiary (e.g., brokerage transfer on death or trust beneficiary).

A decedent’s retirement assets follow a different path to their inheritors, including important rules for beneficiaries. Retirement assets are taxed-advantaged for the original account holder (IRAs, 401K, 403B, 457B, etc.). Once the original account holder is deceased, the government still desires to collect tax dollars from their tax-deferred accounts (Traditional) and limit the duration of tax-free growth (Roth) now based on the beneficiaries who inherit the account(s). Generally speaking, the federal government forces beneficiaries to withdraw from their accounts through distributions, often yearly, referred to as Required Minimum Distributions (RMDs).

Before 2020 - For historical context

Spouses as the sole beneficiary of an account had the advantage of claiming the assets as their own, bypassing the Inherited IRA, and transferring the inherited retirement assets into their Roth or Traditional IRAs. Spouses could alternatively have distributed the assets over their lifetime by claiming them in an Inherited IRA and taking distributions the later of December 31st of the year following the decedent’s death or when the decedent reached retirement age. The latter could have been advantageous if the spouse wanted to have access to the money before they reach their retirement age or for simplicity if they are already retired.

In 2020, The SECURE Act changed the rules for many beneficiaries who inherit retirement accounts.

Spouse Beneficiaries
Spouses still have the most flexibility, including:

By taking a lump-sum payout, all money would be distributed immediately. Under the 10-year rule option, the surviving spouse can distribute as much or as little as they want every year as long as the account is drawn down to $0 by December 31st of the 10th year after the decedent’s death. Under the lifetime stretch, the surviving spouse is required to take yearly RMDs based on their age, but they still have the option to take more than the annual RMD amount, including distributing the total amount of the account at any time. All of these distributions are taxable events for tax-deferred retirement assets (e.g., Traditional IRA, Traditional 401K, etc.).

If the surviving spouse is younger or has already retired, the advantage of claiming the assets as their own is for simplification. This avoids having to manage another account (Inherited IRA), and instead, they can utilize their existing Traditional or Roth IRAs. There can be distinct advantages and disadvantages to a surviving spouse’s decision to either claim the assets as their own, distribute assets over ten years or via stretch distributions, or do a lump-sum payout. The factors to consider include the spouse’s age, income, cash flow, and the nature of the overall inheritance.

Non-spouse beneficiaries do not receive the same treatment for inherited retirement accounts. The federal government wants more tax revenue now and has eliminated the lifetime stretch option except for a few beneficiaries called Eligible Designated Beneficiaries.

If you are not a spouse or an eligible designated beneficiary, you fall under the new 10 Year Rule (10 Year Method).

Beneficiaries can transfer the assets into an Inherited IRA held in their name. Beneficiaries have until December 31st of the 10th year after the decedent’s death to distribute all assets, bringing the account to $0. The IRS penalizes the account holder for any excess funds held in the account after this time. Thus, the beneficiary determines the optimal strategy to receive the distributions – considering their income needs and specific tax implications. If the decedent had begun taking RMDs, each beneficiary is required to fulfill their portion of the decedent’s remaining RMD by December 31st of the year of death. Again, the IRS tax penalties for missing an RMD distribution are stiff at 50%! 3

I recommend Schwab’s Inherited IRA withdrawal page for a helpful breakdown of these withdrawal scenarios.

What taxes do I pay on my inheritance? As a beneficiary, you pay taxes on your inherited assets moving forward depending on the types of accounts you receive and what you do with those accounts.

As an advisor, I have navigated inheritances personally and with my clients. Investing inheritances can be overwhelming, especially if the inheritance significantly alters your existing financial picture.

Whether you are investing the inheritance for the future, retirement, or other specific goals, One Day In July can assist you in understanding your options to simplify your investments and life while fulfilling any account-specific requirements. Our goal is to design and execute an investment plan that uses your inherited assets to help you to reach your financial goals given your new circumstances.

If you would like to better understand the impact of your inheritance and how best to invest the inheritance, you can reach me at peter@onedayinjuly.com or 802-999-2321.

1 An exception to this rule applies to Irrevocable Trusts, which are considered a separate tax entity, and commonly do not receive a step-up in basis.
2 Less commonly, they could distribute assets under the Five Year Rule.
3 IRS Required Minimum Distribution (RMD) FAQs

How We Are Different
Low-fee index funds. Transparent & fiduciary financial advisors.
Local Financial Advisor
We are in your community. We are local.
Investment Management
We tailor to each client. Index funds at the core.
Index Funds
Broad market exposure, low expense.
Dan's Corner
Meaningful musings from our founder.
Fiduciary
Your best interests are our priority.
Low Fees
Our fees are among the lowest in the nation.
Financial Planner
Financial advisor optimizes your financial picture.
U.S. Treasury Bonds
Use Treasury Bonds to reduce risk.
Book Recommendations
Here are some of our favorites.
Inflation
What is inflation, and what causes inflation.
When Should I Invest?
Life transitions = important financial decisions.
Retirement: 401k and More
Retiring? Plan the future you want.
IRA Rollovers
401k Rollovers. IRA Rollovers
Active vs. Passive Investing
We believe there is a winner in this debate.
The Investment Process
How we work: low-cost index funds, personalized attention.
Simplicity
Simplicity is the ultimate sophistication.
Investing: What to Focus On
Low-fee index funds. fee-only advisor.
Switching Financial Advisors
Can be uncomfortable, but an important step.
Advisor Recruiting
We attract top-tier talent. Not your usual firm.
Basic Investing
Let's start with Investing 101.
Understanding Your Financial Statement
Let's break it down to basics.
Taxes on Investments
What causes taxes within your investments?
Behavioral Economics
The less emotion, the better.
Timing the Market in 2020
2020 - a case study in the futility of market timing.
How Financial Firms Bill
Fee-based vs. fee-only, and lots more.
Who Supports Indexing?
Bogle, Swensen, Buffett, and others.
Transparency
One click to see our fees.
Mutual Funds vs ETFs
Clarifying the difference.
Does Stock Picking Work?
The research says no.
Countering Arguments Against Index Funds
What happens in a down market?
Annuities
Lots of fees, little clarity.
How Do Mutual Funds Work?
Invest in the basket.
How to Relieve Financial Stress
New client? anxiety is normal.
Financial Terms Glossary
Common investment terms you should know.
Firm Comparison
One Day In July vs the competition.
Retirement Investing
Retiring? Let us help.
Accounts We Manage
We manage a wide range of investment account types.
Pay Yourself First
Saving and Investing for the future.
Investing an Inheritance
Prioritizing and planning for the future.
Frequently Asked Questions
Good questions, real answers.
Women and Investing
Your voice needs to be heard. We are listening.
For the Business Owner
Choosing what's best for your business.
Environmental Investing
Carbon intensity, fossil fuels.