Some news on the home front for those of you who stop by our Burlington, VT office this summer: Trevor Houchens is on board as an intern. Trevor, a computer science major at Brown University, was the only student in the state of Vermont to notch a perfect score on the ACT exams as he wrapped up high school. He's working on a project to help people understand, in a graphical way, the opportunity cost of not investing in index funds. It's the opportunity cost, or the "error of omission," where significant capital can be lost over time.

Pop quiz for you, right before you head into the weekend. Since World War II, in what year did the S&P 500 have the highest return, including dividends?

Now, if you were cruising through life in 1953, you would not have guessed this was coming. The Soviet Union had just lit up a hydrogen bomb, President Eisenhower was threatening the Chinese with his own nukes, the Korean War was a mess, and the Shah of Iran returned to power and started nationalizing industries. Buddy Holly and Ritchie Valens had not yet hit the scene, so musically you were in a dry spell. You probably were not thinking, as you put away the holiday decorations in 1953, that 1954 was going to be much better.

The blue line below is the small cap index fund in a graph of five of the index funds we use, year to date. See that dip in early February? There is a possibility, as a client, our rebalancing would have bought that index at that time, as it was performing poorly. From that buy point, those shares would be up 11% in three months. 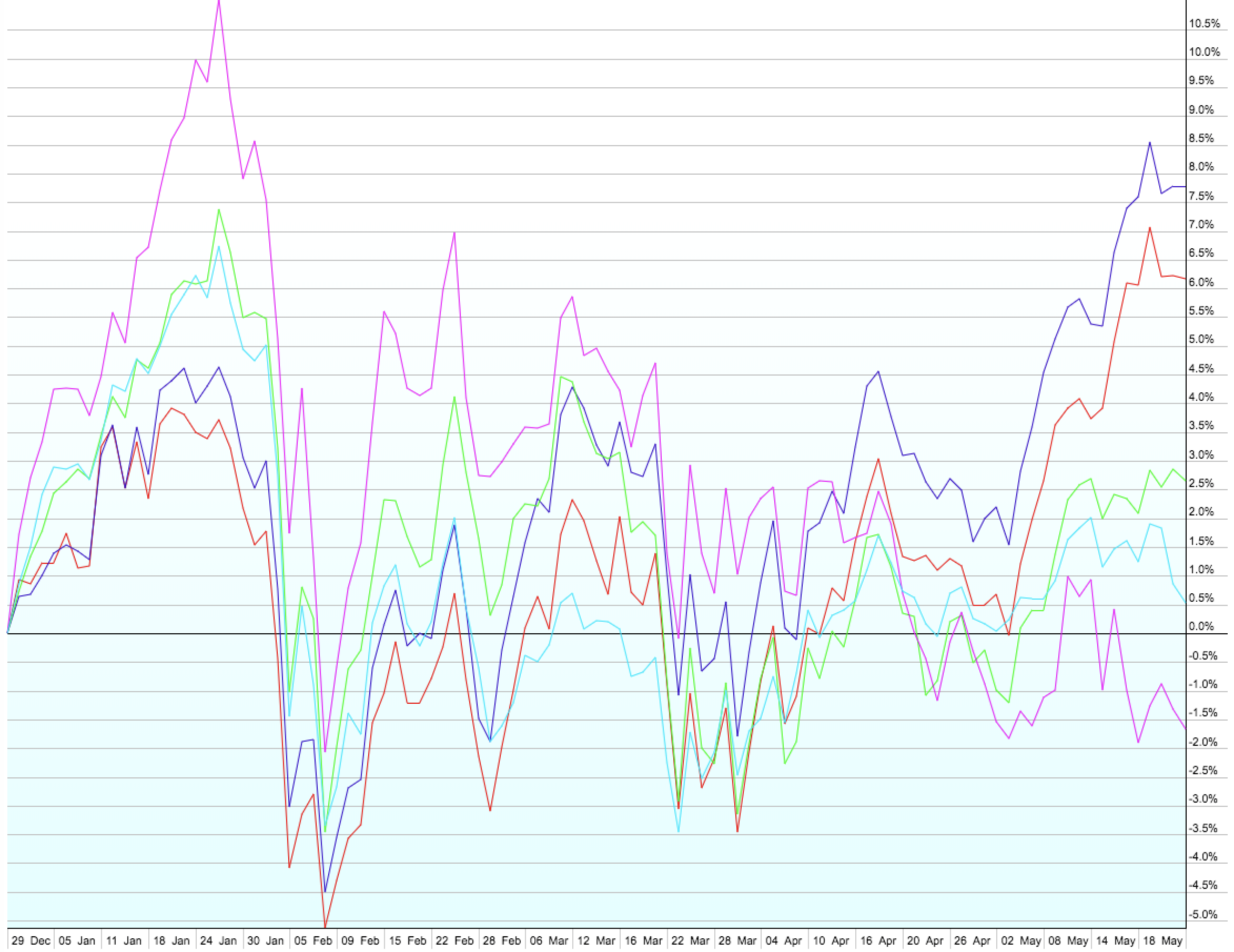 There are lots of other factors at work in the rebalancing - don't read too much into the graph. Namely that it depends on the time frames at work. My point is that in just 90 days laggards became leaders, and there was no way to know this in advance. This effect, and a more extended version of it over longer time periods, is critical to what we are doing at One Day In July.