Remember when Steve Ballmer, the former CEO of Microsoft, had the fake funeral for the iPhone, complete with hearse and bagpiper (and the priest with the bible, which I have to say was a nice touch). That may be where we are today on this rule unless the Supreme Court intervenes. 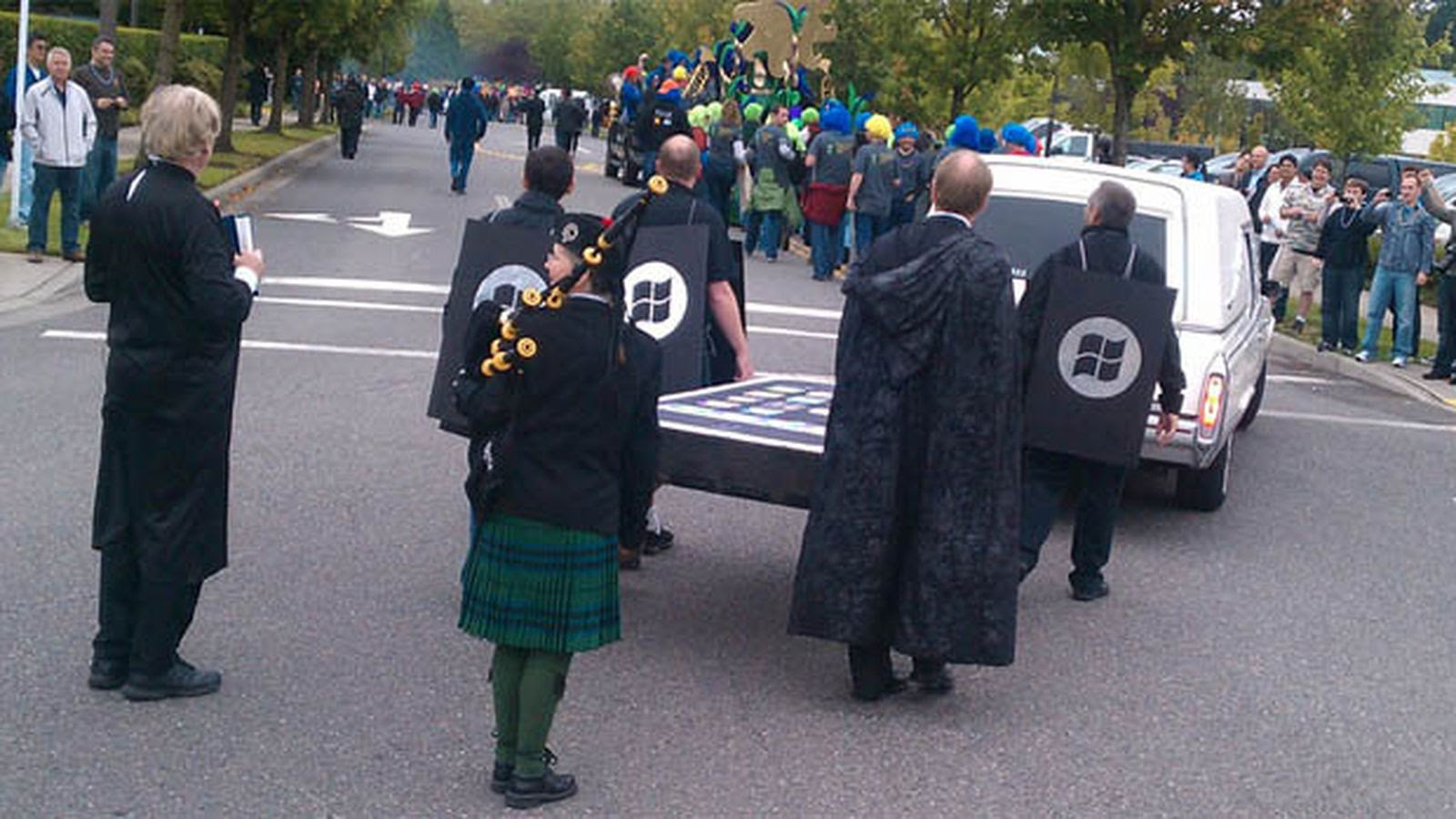 This hotly contested rule has already been helpful, in that we see more potential clients asking if we are a fiduciary. By elevating the discussion of fees and conflicts of interest, the public is asking more questions. Being skeptical of financial people is important - believe me, they have earned your skepticism.

There has been a lot of hand-wringing in the industry over it, as brokers and banks feared what would have happen to their bottom lines if they were banned from giving conflicted advice. I have stayed, some might say uncharacteristically, relatively quiet on it. One Day In July already is inside the boundary of what the rule would have wrought, and I'm not an expert on the ins and outs of the proposal.

But I do get nauseous that I am part of an industry that has to have the government tell them to behave at this basic, fair, and obvious level. At some point you have to look at yourself in the mirror and say "Really? Did I get trained with thirteen to twenty years of mathematics education just so I can massage returns for clients? Did I learn anything from the detention I got in third grade for cheating little Suzie out of her brownie at lunch? Am I, in fact, wearing any pants at all?"

There are two things I would do to fix the industry if I were SEC Commissioner. Not that anyone at the SEC is desperately trying to reach me, but here goes:

1. I would make a rule that any fee for any investment product or service had to include a clear, 1-page only summary document, with a mandated minimum font size, no legalese allowed, in a standardized form. (This worked extremely for credit card fee disclosure years ago.)

2. I would require that any financial firm allow a client to move his or her account within 48 hours with a simple, and I stress simple, online or paper form submission. Big firms often are resisting when people try to leave, creating friction so it is difficult for you to get or move your own money. The new term for this is "financial sludge." It needs to end.

These two simple rules would change the industry overnight. They would encourage new ideas and new firms, because the existing behemoths couldn't hold onto accounts using nefarious tactics. And the investor would know exactly what they were paying, giving them accurate information they need to make decisions.

If the average person understood what they were paying for their investments, they probably would not walk away from the traditional industry, they'd run. Or drive. Even if they had to steal a hearse with an iPhone on board to do so.

Return to Articles
How We Are Different
Low-fee index funds. Transparent & fiduciary financial advisors.
Local Financial Advisor
We are in your community. We are local.
Investment Management
We tailor to each client. Index funds at the core.
Index Funds
Broad market exposure, low expense.
Dan's Corner
Meaningful musings from our founder.
Fiduciary
Your best interests are our priority.
Low Fees
Our fees are among the lowest in the nation.
Financial Planner
Financial advisor optimizes your financial picture.
U.S. Treasury Bonds
Use Treasury Bonds to reduce risk.
Book Recommendations
Here are some of our favorites
Who We Serve
We work with clients nationwide from all financial backgrounds.
When Should I Invest?
Life transitions = important financial decisions.
Retirement: 401k and More
Retiring? Plan the future you want.
IRA Rollovers
401k Rollovers. IRA Rollovers
Active vs. Passive Investing
We believe there is a winner in this debate.
The Investment Process
How we work: low-cost index funds, personalized attention.
Simplicity
Simplicity is the ultimate sophistication.
Investing: What to Focus On
Low-fee index funds. fee-only advisor.
Switching Financial Advisors
Can be uncomfortable, but an important step.
Advisor Recruiting
We attract top-tier talent. Not your usual firm.
Basic Investing
Let's start with Investing 101.
Understanding Your Financial Statement
Let's break it down to basics.
Taxes on Investments
What causes taxes within your investments?
Behavioral Finance
Nudge vs. Sludge.
Advanced Investing
Let's geek out on stats and figures.
How Financial Firms Bill
Fee-based vs. fee-only, and lots more.
Who Supports Indexing?
Bogle, Swensen, Buffett, and others.
Transparency
One click to see our fees.
Mutual Funds vs ETFs
Clarifying the difference.
Does Stock Picking Work?
The research says no.
Countering Arguments Against Index Funds
What happens in a down market?
Annuities
Lots of fees, little clarity.
How Do Mutual Funds Work?
Invest in the basket.
How to Relieve Financial Stress
New client? anxiety is normal.
Financial Terms Glossary
Common investment terms you should know.
Firm Comparison
One Day In July vs the competition.
Retired Investing
Retiring? Let us help.
Young Investors
Plant a seed, watch it grow.
High Net Worth Investors
Preserve and grow your wealth.
Investing an Inheritance
Prioritizing and planning for the future.
Frequently Asked Questions
Good questions, real answers.
Female Investors
Your voice needs to be heard. We are listening.
For the Business Owner
Choosing what's best for your business.
Environmental Investing
Carbon intensity, fossil fuels.