The long-term, quiet glory of dividends

In 2001 when I was putzing around the Berkshire Hathaway annual meeting in Omaha, Nebraska, I noticed Warren Buffett was selling (selling, not giving away - it's Buffett after all), an official T-shirt with his logo. The logo was a fist grabbing cash, and the artistic level was so low I assumed Buffett did it himself.

Even for an event dubbed the "Woodstock of Capitalism," it seemed crass. Buffett apparently agreed, and a few years later it disappeared completely, so much so that I had trouble finding it for this newsletter. But thanks to the Wayback Machine on the Internet, I was able to unearth an archived image of the shirt: 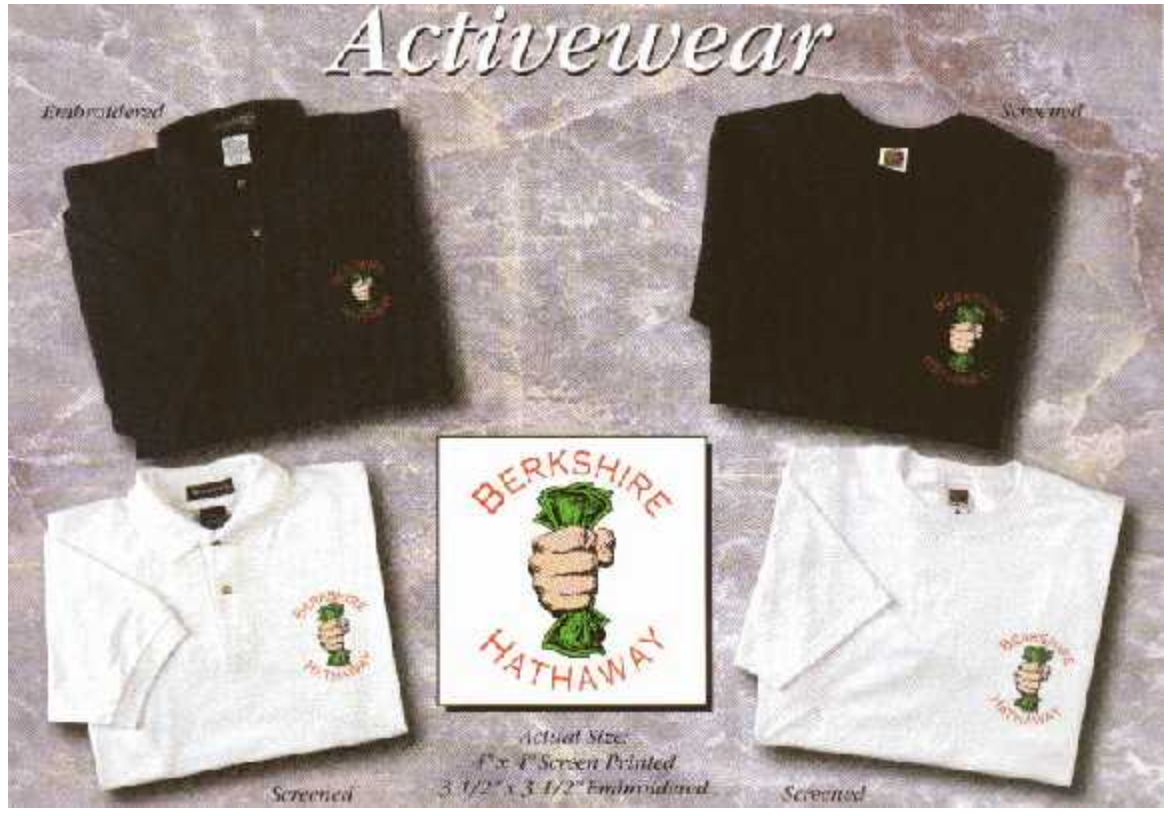 But inside that logo is a good lesson. If you are going to invest well, cash matters. As an owner you need to be paid. Stocks and index funds generally pay their owners through quarterly dividends, as we learned last month. Today I want to peel that dividend onion back a little more.

How could that be - that result seems, at a cursory glance, to be impossible. It's due mathematically to the surplus return of the dividend payments each year. If you added that extra return regularly, and compounded it, you achieved a long-term numerical explosion. It's the surplus in the annual percentage number that creates the seemingly magical effect.

"These stunning figures would seem to demand that mutual funds highlight the importance of dividend income. But in this era of “total return,” income is virtually ignored. Why? Because dividend income plays a remarkably small role in equity fund returns. Today, in fact, the average domestic stock fund is offering a dividend yield of just 0.4 percent. Where did all the income go? It was slashed by fund expenses. The expense ratio of domestic stock funds averages 1.4 percent, reducing the funds’ gross dividend yield of 1.8 percent to 0.4 percent. Unsurprisingly, then, it appears that the average stock fund earns the stock market’s present dividend yield of 1.8 percent and then consumes fully 80 percent of that yield in fees and expenses."

And with that consumption of the dividends by mutual fund managers and investment companies, occurring quietly in a place that is hard to see, goes many Americans' retirement, drifting away quietly like chimney smoke on a cold Vermont morning.

Keep in mind these are the dividend amounts that the funds are receiving. It is a separate question whether the corporations themselves should be paying back dividends or using their cash flow to buy back shares. That topic we'll explain in a future newsletter, when you need something exciting to jazz up your weekend.

As a student of dividends, even I was amazed by Bogle's remarks. But I've come to believe it is one of the greatest observations in finance ever recorded. Charlie Munger, Buffett's partner, once took a break from hawking T-shirts and commented that "there are answers worth billions of dollars in a $30 history book." This insight, in my opinion, is one of them.

Return to Articles
How We Are Different
Low-fee index funds. Transparent & fiduciary financial advisors.
Local Financial Advisor
We are in your community. We are local.
Investment Management
We tailor to each client. Index funds at the core.
Index Funds
Broad market exposure, low expense.
Dan's Corner
Meaningful musings from our founder.
Fiduciary
Your best interests are our priority.
Low Fees
Our fees are among the lowest in the nation.
Financial Planner
Financial advisor optimizes your financial picture.
U.S. Treasury Bonds
Use Treasury Bonds to reduce risk.
Book Recommendations
Here are some of our favorites.
Inflation
What is inflation, and what cuases inflation.
When Should I Invest?
Life transitions = important financial decisions.
Retirement: 401k and More
Retiring? Plan the future you want.
IRA Rollovers
401k Rollovers. IRA Rollovers
Active vs. Passive Investing
We believe there is a winner in this debate.
The Investment Process
How we work: low-cost index funds, personalized attention.
Simplicity
Simplicity is the ultimate sophistication.
Investing: What to Focus On
Low-fee index funds. fee-only advisor.
Switching Financial Advisors
Can be uncomfortable, but an important step.
Advisor Recruiting
We attract top-tier talent. Not your usual firm.
Basic Investing
Let's start with Investing 101.
Understanding Your Financial Statement
Let's break it down to basics.
Taxes on Investments
What causes taxes within your investments?
Behavioral Economics
The less emotion, the better.
Timing the Market in 2020
2020 - a case study in the futility of market timing.
How Financial Firms Bill
Fee-based vs. fee-only, and lots more.
Who Supports Indexing?
Bogle, Swensen, Buffett, and others.
Transparency
One click to see our fees.
Mutual Funds vs ETFs
Clarifying the difference.
Does Stock Picking Work?
The research says no.
Countering Arguments Against Index Funds
What happens in a down market?
Annuities
Lots of fees, little clarity.
How Do Mutual Funds Work?
Invest in the basket.
How to Relieve Financial Stress
New client? anxiety is normal.
Financial Terms Glossary
Common investment terms you should know.
Firm Comparison
One Day In July vs the competition.
Retired Investing
Retiring? Let us help.
Accounts We Manage
We manage a wide range of investment account types.
High Net Worth Investors
Preserve and grow your wealth.
Investing an Inheritance
Prioritizing and planning for the future.
Frequently Asked Questions
Good questions, real answers.
Female Investors
Your voice needs to be heard. We are listening.
For the Business Owner
Choosing what's best for your business.
Environmental Investing
Carbon intensity, fossil fuels.