Looking back a year: 3 things to learn from the Treasury bond market

"When a quarterback throws a pass," Ohio State coach Woody Hayes allegedly said, "only three things can happen, and two of them are bad."

For example, last summer, the American stock market had been on a roll. It was rising steadily and people were optimistic. I don't mean the silly optimism from Wall St analysts, like research firm GBH Insights predicting Netflix shares would rise from $400 to $500 (now trading closer to $300 / share - nice call on that GBH), but the general optimism that the markets would inexorably rise.

Unlike Netflix, they did. Though they took a circuitous path, deciding to drop 16% before rising over 8% from the July 2018 point. But I'm not sure a lot of people thought this would happen: 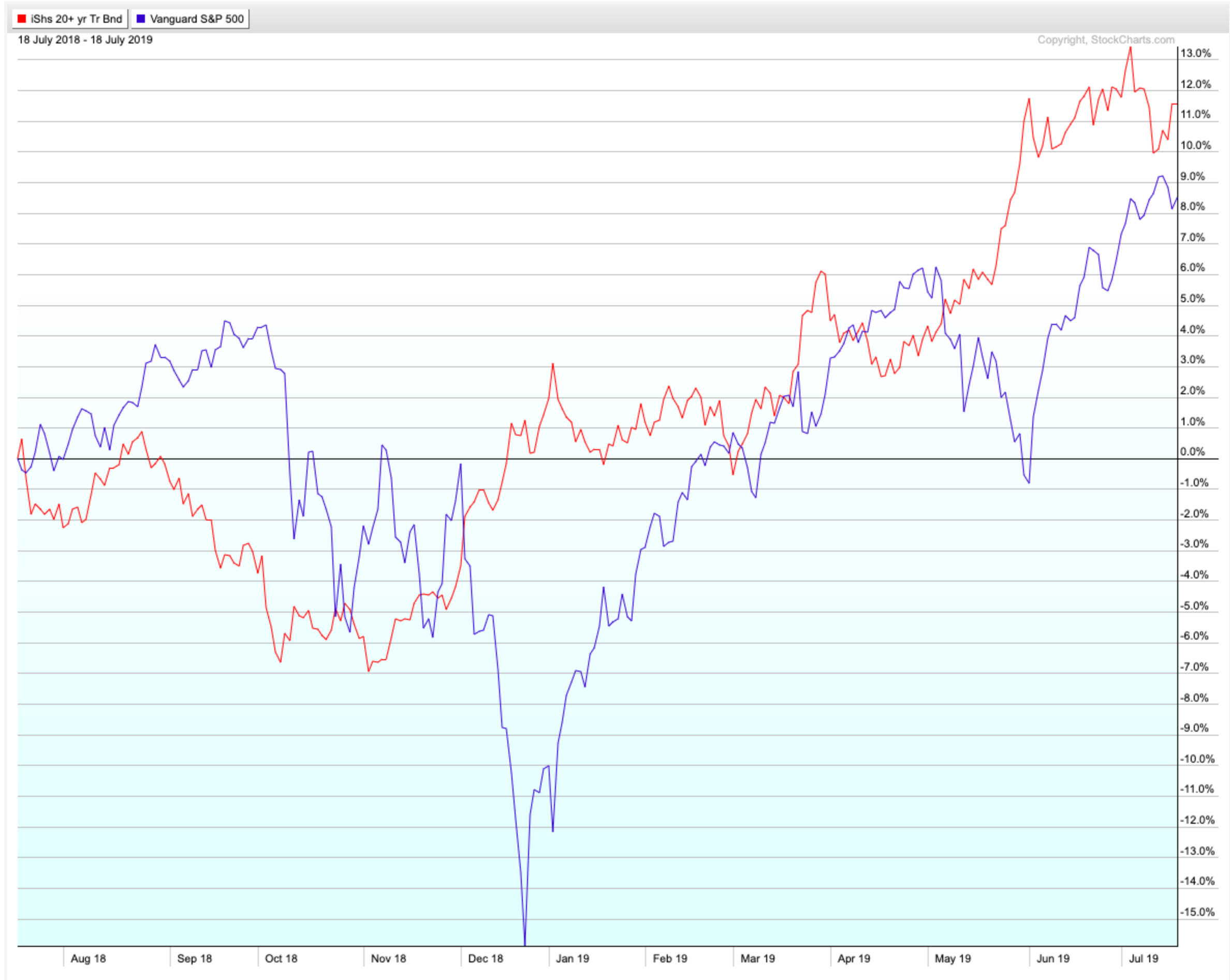 The blue line is the S&P 500, or large American stocks. But the red line? That is the index of long-term, boring Treasury bonds. Yes, those bonds paying just a couple of percent of interest per year outperformed the S&P 500 over the course of the year, and they did so in a way that didn't give you indigestion in a pre-Christmas plunge while you were eating your fruitcake.

There was opportunity cost here if you owned the S&P 500, and in this case the alternative was a safer investment.

There are three things we can learn from this graph, and in this case two of them are not bad. First, don't bother trying to predict the direction of macro-economic markets. They're simply not predictable (see my newsletter from last September).

Second, notice that as the stock market dropped, the long-term Treasury market climbed. This is the type of diversification we have built into portfolios, and it is critically important.

Finally, and it's a little less visible in the graph but still valid: the Treasury index is up almost 12% but it only paid out a couple percentage points of interest. The remainder is capital gain. The capital gain in the Treasury market has led to stellar long-term performance vs other "safe" investments such as CD's, many corporate bonds, or cash.

Coach Hayes, at least this past year, would have been happy with the outcome.

(2) They're not as safe when you consider them in an after-inflation context, but that is another newsletter.