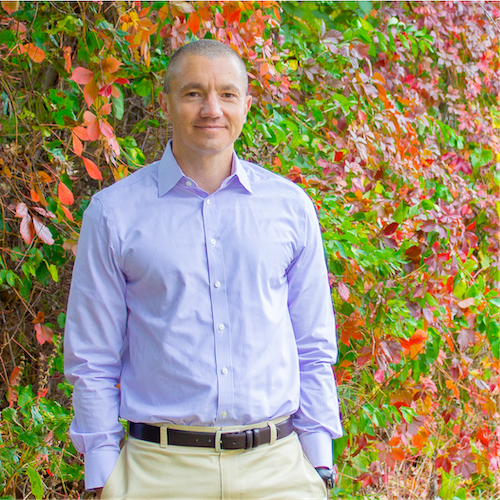 2020 - A Case Study in the Futility of Market Timing


If you approach the market like it's a casino, the market will treat you like a gambler.

At the end of 2019, if someone had told you 2020 would bring a world-wide pandemic that would almost completely shut down large portions of the global economy, the U.S. would experience widespread social unrest, and the Presidential election would be one of the most divisive in our history, what would you have predicted the annual return for the S&P 500 to be? Up 18% probably would not have been a particularly popular answer.

Anyone who is familiar with our investment philosophy understands that we actively discourage market timing. Almost all of the research we have seen on the topic reaches a similar conclusion: it is virtually impossible to accurately and consistently move money into and out of the stock market in a way that produces long-term outperformance relative to simply holding a stock portfolio across market environments.


Why is Market Timing So Difficult?

In the spirit of that historical research, 2020 provided a fairly striking empirical example of why timing entry and exit points is so difficult. In particular, it demonstrated why removing money already invested in the stock market can be an especially questionable tactical decision. Taking money out of the market requires being correct twice. Not only does one need to remove capital from the market before the worst of the drop occurs, but one also needs to return the capital to the market before the recovery in prices is complete. Getting the first part right is pointless without also getting the second part right.

Both the market drop in March 2020 and the subsequent recovery were record-setting in their speed. Between February 19th and March 23rd, the S&P 500 price index lost over 1,100 points or about 34% of its value. The peak to trough decline lasted just 23 trading days.

By the end of April (27 trading days later), well over half of the decline had been recovered, and by the end of May, 70% of the price decline had been erased. While prices bounced around throughout the next several months, the market recovery was essentially complete by Labor Day. To successfully time the market in 2020, then, an investor would first have had to exit either before the arrival of COVID-19 in the U.S. or very quickly thereafter to avoid the worst of the March drawdown. Perhaps more daunting is that the investor would then have had to re-enter the market in very short order to capture the resultant recovery.

Why might the re-entry actually be the more difficult of the two sides to get right? Market pricing is a reflection of future expectations rather than present-day events. The market typically begins to recover well ahead of the broader economy, which means the investor needs to summon the courage to re-commit to the market at a time when news headlines and economic data are likely at their most fear-inducing point.

On March 21, 2020, two days before the market bottom, the U.S. Department of Labor reported weekly initial jobless claims in excess of 2.9 million, a ten-fold increase from the week prior. In each of the subsequent two weeks, claims would exceed a staggering 6 million. By the end of April, well over 20 million jobs had been lost in the U.S., and the unemployment rate was approaching 15%1. Beyond the jarring economic statistics were the barrage of headlines about infection and fatality rates and the up-close reality of local economic shut-downs and business closures.

Even an investor who had been nimble enough to avoid the market’s worst stretch would have been hard-pressed to turn right back around and push the “buy” button in the midst of that pervasively negative drumbeat.

Although the market’s COVID-induced round-trip was largely complete by the fall, 2020 was not done teaching its market timing lesson. As the pandemic raged, the Presidential race was also unfolding amid a backdrop of social unrest and extreme partisanship. Spurred by a 24-hour news cycle and media outlets on both sides of the political spectrum, election season was polarizing, fear-inducing and at times, surreal.

Political uncertainty has long been a cause for concern among investors in spite of the fact that market performance has been mostly uncorrelated from politics historically2. However, the divisive and emotionally-charged nature of the race, coupled with concerns about a potentially disputed outcome, made 2020’s election even more of a focus for nervous investors. The time leading up to Election Day reflected some of this attitude, with the S&P 500 shedding about 6% of its value in September and October.

Yet the market began to trend up again immediately before Election Day and continued higher from there, even though the outcome still hung in the balance. Then, as if to prove the folly of it all, the market opened on November 9th to the news that the COVID-19 vaccine developed by Pfizer and BioNTech had achieved more than 90% effectiveness3. Any residual political concerns were overwhelmed in a flurry of buying that continued largely uninterrupted for the balance of the year.

Again, the timing of re-entry into the market became an issue, this time because of a piece of news that was almost entirely unpredictable. Anyone who stayed out of the market to avoid election-related chaos would have had to reinvest quickly to avoid losing out. In fact, missing the few weeks between Halloween and Thanksgiving meant sacrificing a return of 11% on the S&P 500, more than offsetting any benefit to having been out of the market in September and October.

Taken as a whole, 2020’s roller coaster ride illustrates how small the margin for error can be when trying to time market moves. Even an investor who exhibited unusual prescience and abnormal nerve in executing a trading strategy would have found it extremely challenging to get this one right.


How to Avoid Timing the Market

So, while 2020 is still fresh in our minds, how can we best use the lessons learned during the year to avoid the temptation to time the market in the future? It is worth remembering a few rules of thumb that may help dampen the emotional urge to respond to short-term events:

First, despite what cynics may insist, stock market probabilities are stacked in your favor. Markets historically move higher more often and for longer periods than they move lower4. Thus, the probability of a positive cumulative return from owning stocks increases with time. Even an investor who bought the S&P 500 at the end of 2007, immediately before the worst of the global financial crisis, would have earned over 9.5% annually over the next 13 years by simply remaining invested.

Second, there is a good fundamental reason for that long-term pattern in stock returns. Over a few months or a few years, stock prices may be influenced by any number of forces, some of which are predictable, many of which are not. However, over longer time frames, stock prices are really only influenced by one factor: the earnings of the companies themselves. And earnings growth is most broadly influenced by economic growth. While the economy and corporate earnings may trend negatively for several quarters or even a couple of years, the long-term pattern has been unfailingly positive. This provides a tailwind to stock returns that one should fight at their own risk.

Third, remember what a share of stock is. It represents a small ownership interest in a real business that provides real products or services to real customers. When you buy shares in an index fund, you are buying small pieces of hundreds of businesses, some of which will ultimately fail, but many of which will prosper and grow. Again, if you believe the economy will achieve positive growth over the long haul, the basket of businesses you own will almost certainly rise in value, regardless of short-term noise. Ultimately, the market will treat you the same way you treat it. If you approach the market like it’s a casino, the market will treat you like a gambler. Conversely, thinking like a business owner will cause the market to treat you like one and may also alleviate some of the temptation to time your investment decisions.

Because stock price data is literally updated every second, and because those prices are discussed with breathless urgency by market commentators, it’s tempting to believe the key to success lies in nimbly outmaneuvering other participants or in somehow being able to process information and predict the future better than everyone else. 2020 proved how difficult that can be in practice. In truth, succeeding as an investor is quite a bit simpler than that, or at least it can be if you let it.


1. Employment data from U.S. Department of Labor and Bureau of Labor Statistics.
2.

How We Are Different
Low-fee index funds. Transparent & fiduciary financial advisors.
Local Financial Advisor
We are in your community. We are local.
Investment Management
We tailor to each client. Index funds at the core.
Index Funds
Broad market exposure, low expense.
Dan's Corner
Meaningful musings from our founder.
Fiduciary
Your best interests are our priority.
Low Fees
Our fees are among the lowest in the nation.
Financial Planner
Financial advisor optimizes your financial picture.
U.S. Treasury Bonds
Use Treasury Bonds to reduce risk.
Book Recommendations
Here are some of our favorites.
Inflation
What is inflation, and what cuases inflation.
When Should I Invest?
Life transitions = important financial decisions.
Retirement: 401k and More
Retiring? Plan the future you want.
IRA Rollovers
401k Rollovers. IRA Rollovers
Active vs. Passive Investing
We believe there is a winner in this debate.
The Investment Process
How we work: low-cost index funds, personalized attention.
Simplicity
Simplicity is the ultimate sophistication.
Investing: What to Focus On
Low-fee index funds. fee-only advisor.
Switching Financial Advisors
Can be uncomfortable, but an important step.
Advisor Recruiting
We attract top-tier talent. Not your usual firm.
Basic Investing
Let's start with Investing 101.
Understanding Your Financial Statement
Let's break it down to basics.
Taxes on Investments
What causes taxes within your investments?
Behavioral Economics
The less emotion, the better.
Timing the Market in 2020
2020 - a case study in the futility of market timing.
How Financial Firms Bill
Fee-based vs. fee-only, and lots more.
Who Supports Indexing?
Bogle, Swensen, Buffett, and others.
Transparency
One click to see our fees.
Mutual Funds vs ETFs
Clarifying the difference.
Does Stock Picking Work?
The research says no.
Countering Arguments Against Index Funds
What happens in a down market?
Annuities
Lots of fees, little clarity.
How Do Mutual Funds Work?
Invest in the basket.
How to Relieve Financial Stress
New client? anxiety is normal.
Financial Terms Glossary
Common investment terms you should know.
Firm Comparison
One Day In July vs the competition.
Retired Investing
Retiring? Let us help.
Accounts We Manage
We manage a wide range of investment account types.
High Net Worth Investors
Preserve and grow your wealth.
Investing an Inheritance
Prioritizing and planning for the future.
Frequently Asked Questions
Good questions, real answers.
Female Investors
Your voice needs to be heard. We are listening.
For the Business Owner
Choosing what's best for your business.
Environmental Investing
Carbon intensity, fossil fuels.